The Internet is still wide open, for now. 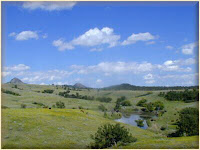 There is one constant that is proving itself true year after year and has been doing so for over 20 years. As a whole. the internet itself is truly impervious to the economy and nearly recession proof. Sure, the big money boys tuck in when recessions inevitably hit, but the net just keeps on growing, swelling. It gets smarter, faster, deeper and wider every day and I am unsure that it could be totally stopped at this point, which is a good thing.

In this day and age, government control of everything is the norm and yet the internet just keeps on going forward. One of the major reasons is that this is the last truly international, border-less place on the planet. By having its power structure spread over literally the entire globe, no single entity can quite get a stranglehold on it. Don't worry, though. They are trying every day to figure out a way to get it 'contained'. That's not conspiracy theory mumbo jumbo, it's just the facts about any governmental power.

Ronald Reagan once said that the scariest words you could ever hear are, "We're the Government and we're here to help." He may have been right. When Adam Smith conceived of capitalism, he also knew that it opened a doorway for crooked and greedy men to overshoot their share. He also knew that those people would be reigned in by their own greed and things would eventually always correct themselves. The only way it would worsen when recessions came was through to much regulatory intervention. Government control would not eliminate these economic swings, but instead cause a huge temporary dam against these swings, causing things to swell further than necessary, before bursting and creating an even more vicious swing in the economic cycle than before.

So, we now know what those feel like. We are in one right now. But the internet just keeps on humming and growing and developing itself into its own virtual world within a chaotic world. in my opinion, that is a wonderful thing. It means that no matter what is going on outside, you have one constant you can count on.

So, will net neutrality undo some of the magic of the internet? Yes it will and we must voice our opinions on this to elected officials, or better yet, vote out the current officials, demand term limits on the new ones and change things up dramatically! I got into this debate via email with Tom Harkin, who is my Iowa Senator, just last year. When I asked him why he was supporting net neutrality, he was adamant that without the U.S Government babysitting this crazy little cage of monkeys known as the internet, Anarchy will reign supreme.

My rebuttal was that the governments method of net neutrality was no different than passing a law that only red tomatoes could be sold in supermarkets or that only Ford automobiles could drive on highways. It was an opening to kill off one aspect of an equal competition system and therefore as undemocratic method of regulation that you could imagine. He never did reply to my email... hmmmmm.

For now, my dear reader, rest in the fact that the Internet is still free and wide open and fun to play and work in. Also, keep in mind that you may have to fire up the email flame thrower and toss a few squirts toward Washington to keep it that way. But, if you love it like I love it, that's a minor price to pay.