Only the smart will thrive.. we hope we do too. 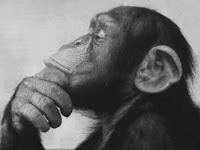 For the last 28 years, you could pretty well guarantee that all you had to do was get up and put in the effort and you'd get paid. Sure, it had its bumps, but every time it would spin right back up, everyone got braver and braver. Farm Crash years of the 80's, forgotten by 1988. 21% interest rates? We knocked 'em down by 17 points at one time and just kept going. 9/11? Sure it hurt a lot of businessses, but then the big money machine cranked back up and everybody got on with it again.

We've all seen it. You had to wonder how even lazy people were making huge money over these years and pretty soon, you gave up and quit worrying about it. For a while there, nearly everybody was making money. Then in 2008, the wheels came off and a lot of people crashed hard. I look back on it and KNOW that i blew money that i shouldn't have, but hey, everybody was blowing it. I also looked back with a critical eye and realized that as a whole, we didn't do anything wrong. Anyone who could have seen the crash coming apparently kept their mouths closed and the rest of us just walked into the meat grinder.

So, we all look forward now. I have thrown all I've got into sellfreeusa.com and I believe in my heart of hearts that the next generation of business owners will appreciate the concept. What scientific data do I have to prove this? None. I am guessing and luckily for me, 90 times out of 100 I guess right, or at least right enough that it hasn't killed me. So, the new concept is even freer than craigslist could be and I think that the formula is sound.

Imagine it. Free, unfettered online advertising, created and designed by you for YOUR company, targeted as neatly and tightly as you could want, right in your own little hometown. The concept of it is kind of staggering and yet brain dead simple. The key to it for me was having a few partners who grasped the long term plan and didn't sweat the details up front. Down the road, their opinions might change on the subject, maybe it will take longer than I hope to get this monster up and running on its own steam. In fact, I can't make any solid guarantees that there will be a sellfreeusa in one year from now, if it doesn't keep growing like its been growing recently. But I can guarantee that if you will keep telling everyone else about it and keep posting ads and helping us improve the sites, this thing will be huge for you and me.

Now of course, we have to wait and see whether or not we've made the soup just right. We'll see how people take it and use it. It's a waiting game that drives me nuts, but it's just how it has to be. Patience is its own reward, i believe. I also believe that in the future, the smart ones, the sharp ones, the people that really think things through will make big money. Those who don't won't.

I am hoping that I have learned enough to sneak into the smart persons club, just this once. Time will tell.

Thanks for the support,
Craig Hull
Founder
http://www.sellfreeusa.com/
Posted by Craig and Melissa Hull, sellfreeusa.com founders at 2:29 PM