Do YOU have the 3 traits of lucky people? 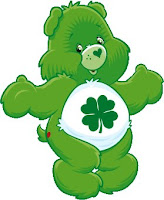 I know of a lot of smart people who have NO luck. They are always getting pounded down by one thing or another and just can't seem to grab a break. You probably know someone  like that as well. Why is it that some people seem to get lucky all the time and other, more qualified people just can't snag a ride on that same train? I think it boils down to three small differences you always see between lucky people and those who are not all that lucky most of the time. Now, this is just MY opinion, but hey... it's my blog :)

1. Lucky People Stay Positive.
I have never met a guy who is lucky that never has anything good to say about anything else. I believe that thinking positively about things is probably the most important thing anyone can do in their lives to improve it. Some call it 'positive energy', others call it 'faith'... I call it smiling. Now, don't get me wrong, I am probably one of the driest, wryest, curmudgeons that every walked this earth, but I still know when to give up and get cheerful.

2. Lucky People Stay Busy.
I have never met a really lucky person that sat around and did nothing all day long. I have known crooks, drunks, thieves, con men, bankers, bakers and candlestick makers (really!) who all had one thing in common, no matter who they were, they stayed extremely busy at their chosen craft (or crime) and obtained levels of success that others in their field probably never would. Just because they simply outworked everyone else.  My grandmother's saying for this was that "God rewards effort and punishes laziness." Who knows, she may be right. All I know is that the busier I stay at something and the more I apply myself, the luckier I get.

3. Lucky People Take Chances.
Ever meet someone who never buys a lotto ticket on a whim, never gives a stranger a ride or throws two dollars into a bet just for the fun of it, yet everyone says that they are the luckiest person around? Nope and I don't believe you ever will. Success takes massive, gut clinching, sleep losing, 'my lord, what have i done now' kind of risks to accomplish. It's those who do it, fail at it and quit that never get lucky. Those who do it, fail, do it again, fail and just keep doing more anyway always eventually push down the giant steel door of success and storm the vault.

So, are you the lucky type? If not, you can always change your ways. You must believe in fate to be lucky as well. If you do believe in fate, then you know why you found my site, my blog, my twitter page or any of the other places that I jump around in daily. Maybe fate is trying to get you to take this little tidbit of fate and turn it into a positive thing, whether its money, love, employment or just getting in the loop on what's happening. You found me for some reason... now what are you going to do with it?

I will leave you with my favorite quote about chance, fate and whether they really exist from one of the most prolific scientific minds of the 20th century. ....

“I have noticed even people who claim everything is predestined, and that we can do nothing to change it, look before they cross the road.” - Stephen Hawking.