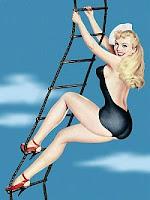 I went and did some calcuations today about sellfreeusa.com's page ranking in the entire internet world and was once again surprised at how far we have climbed again in just another month. About two months ago, by my most likely faulty calculations, sellfreeusa.com was the 8,900,000 most visited site on the internet. Not a shining example of web dominance by any means, but at least we showed up and with some 35 million sites on the net, we were at least somewhere in the top 30%.

Since we're not some evil multi-billion dollar coporate monster pretending we're a mom and pop shop from Iowa, (we really ARE just a couple from Iowa, if you didn't know that.) people are telling others about us and we're getting hits, visitors, ads and growth. Thanks guys.

How much growth? Well we aren't number 10 or 100, 100,000 or 1 millionth in ranking yet, but we have moved WAAAAY into the mid millions from nearly 9 millionth two months ago. That is some horrendously big growth for not having any marketing money.

So, once again we say thanks for talking about sellfreeusa.com and just imagine what we'll do when this thing gets huge! Big FREE Party in VEGAS and everyones invited! Help us get our hits up and you'll be VIP!