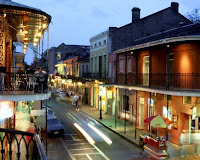 When the idea of just picking out my favorite free ad posted on sellfreeusa.com every week and paying out $50 ballooned up to doing it once a month and paying out $400, the whole concept of $400 kind of stuck in my head. Sure, that's not chump change, but in trade out for the long term publicity, it is cheap. What gets me is that I get the feeling that some people think I am pulling their chain on this. I am not. $400 will be paid to one person who registered and posted a free ad on sellfreeusa.com at the end of this month. Whether or not it is you will depend on two things.

1. You have to register and post an ad. It costs you nothing to do it and if you were wanting to advertise anyway, then you really are out nothing to this end.

2. I have to think your ad is pretty cool. Now, that may be because I have never seen what you are offering before, or I like your witty, snarky attitude, or just because I like your photos.. whatever. The point is, you have to be on there first for me to even find your ad. Like the old saying goes, you CAN'T win, if you never play.

1. Get an Xbox360
Love it love it love it! I love my Xbox360 and have worn myself out playing more games than I can remember. Most recently, I played Mini Ninjas and had a blast. What a fun game. Everyone from Best Buy to Amazon has them for only $199 right now and you could add on Assassin's Creed 2 $40 (excellent game), Sid Meier's Civilization Revolution used on Amazon for $18 (I am so addicted to this game that I have to take it out and put it away every once in a while. The Nuclear Missile is too much fun!), Grand Theft Auto IV used on Amazon is only $14 and will blow your little mind for the senseless violence fun factor. To use up the balance of your $400, throw in a copy of the Original BioShock (very cool game in an unbelievably drawn environment) used for $15 and about 8 more used games. That would give you about 120 constant days of gaming fun for your free $400 winnings from me starting next month. But you have to put an ad on first, don't you?


3. Go to New Orleans!
Yes, you can actually get a room on Bourbon Street in New Orleans for about $99 a night, according to the Inn on Bourbons web site. We've stayed there before more than a few times and it is a very nice hotel that is smack dab located in the middle of Bourbon Street in the French Quarter. No cabs, no hassle. Just walk out the Hotel's front door and you have arrived. Two nights there, $100 for food and 'toddies', $100 for fuel to road trip there and back... $400 buys one memorable hangover.

Hey, I could go on and on, but the point is, I'm coughing up $400 on the 28th of this month to someone who simply posted a free ad on my network of sites. What you do with the $400 if you win it, is up to you. But, you can have a hope of even getting close it you don't go post at least one ad. You can post as many ads as you like... they are free and unlimited. Who knows, one of them may catch my eye.

Good Luck! Can't wait to see what you put on my site tonight!