The TRUTH is hard to find today... 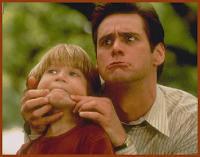 Fox News says that the economy is flat, and unemployment numbers keep coming in as they always have recently. CNN says the the economy is growing and jobs are up???

I went and hunted up the data and found the following. Fox used overall unemployment numbers, which means... count the warm human bodies that came into the office and file to collect unemployment. That number did indeed climb noticeably higher than the month before. Especially if you take into account all of the people who have not found work yet and got and EXTENSION on their benefits. (in years past, these people who have had to come in refile again) not more with the stimulus package (yes please) have another extension that just magically happen.

So, CNN did show a HUGE spike in Hiring! (with waggin tails and bated breath)... good news? Nope... most of them are part time census takers. the rest are people who always come back after winter it over... law mowers, farm help, etc.


The reason i put this on paper and splattered out here in the netsphere is that i want you to feel like you are smart too. Take home foreclosure rates... here is some hard data on this... according to our very government agencies that are in charge of tracking such things, that are barely a teeny, tiny bit of them out there, less than 4%.. Put that in real word terms? Look at any 25 house neighborhood and at least 1 house on that street it in foreclosure! There are now nearly 3 million people who are very close to being flat out tossed on the street by the same banks that raped them on closing costs and interest rates, while also taking all of their customers daily deposits and fiddling around in mortgage derivatives and crashing the entire United States into what even i would have to admit, looks HELL of a lot like a full blown depression.

My advice? Look around you and see what people are needing that they can't easily find. Find a way to supply them what they want for a low cost. Charge a good profit, Take that extra money, split it in half and feed, clothe and shelter yourself and your family... .take the other half and reinvest it in growing your business to supply more of  whatever those items are, to even more customers, as a good profit.

Do that long enough and you will pay a ton of tax, employ a pile of people and have a great successful business. Don't care what it looks like right now kids, business is business in good times or bad.

Learn how to glean facts from the news and learn to quiz your neighbors and friends on what they want that they can't find right now AND go find ways to do that while making them happy and YOU a profit.

The rest is all BS.

GEt up, get to work, ask questions,, think smart... you'll do fine.